A mixed bag of sobering reminders, lower estimates and some signs of progress from the 2018/2019 NORC report on child labour in cocoa 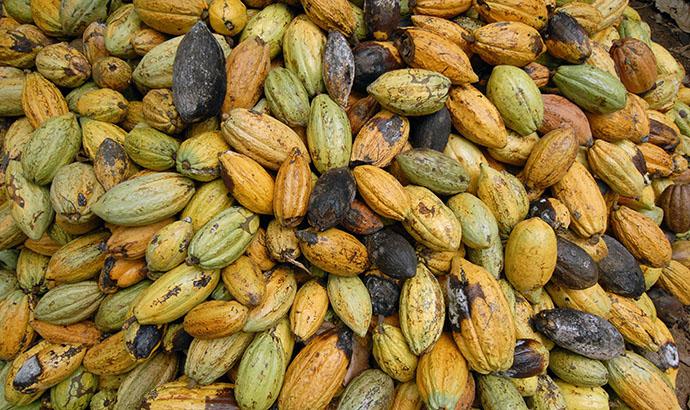 According to the latest US-funded research study to “assess progress in reducing child labour in cocoa production” approximately 1.56m children are currently involved in child labour in the cocoa sectors of Côte d’Ivoire and Ghana. This number underlines the scale of the challenge facing us and highlights the necessity to redouble our efforts. While the high prevalence of child labour in cocoa is of grave concern, there are reasons to be hopeful, as the research also illustrates several areas where progress has been made. It also suggests that where action is being taken, positive impacts are being seen, a finding backed up by other studies.

The study (funded by the US Department of Labor and led by NORC at the University of Chicago) was conducted during the 2018/19 cocoa season. While for those of us working to address this challenge there is some comfort in the fact that the estimated total number of children in child labour is lower than we previously thought (1.56 million compared to estimates of 2.1 million in 2013/14) – and this means there are fewer vulnerable children at-risk – the researchers stress that the two sets of numbers are not comparable, and thus we can not interpret this as a reduction over time or evidence of progress. According to an independent expert group who were invited to review the comparability of results with past surveys (and whose findings are included as an annex to the report) previous estimates of the number of children in child labour were overstated.

The report shows that the prevalence of child labour remains very high, with around 45% of children living in cocoa-growing areas (38% in Côte d’Ivoire and 55% in Ghana) sometimes engaging in cocoa-related child labour, the majority (95%) of them performing hazardous tasks such as using sharp tools and carrying heavy loads.

According to the report, the prevalence of cocoa-related child labour across all households in cocoa-growing areas has increased by 45% over the last 10 years, which is largely explained by an increase in both the proportion of households growing cocoa and the total volume of cocoa produced (up by 53% and 62% respectively). At the level of cocoa-growing households, the report reveals that child labour prevalence has remained largely static over the last 5 years. While this recent stabilization is encouraging, the numbers remain high and remind us that there are still far too many cocoa-farming households struggling to find alternatives to child labour, and far too many children unable to secure their basic rights.

In addition to findings on overall child labour prevalence, the NORC report contains other valuable data points from cocoa-growing communities. For example, it highlights that children’s access to education has improved significantly over the last 10 years and suggests (through figures on the number of hours worked and the number of hazardous tasks performed) that for some children the severity of child labour is decreasing. (For more information and analysis of the NORC 2018/9 data please see ICI’s Technical Summary).

The data also highlights some specific areas of grave concern that the cocoa sector must focus on moving forward. For example, children’s exposure to agro-chemicals has increased significantly over the last 10 years (the most common tasks children are involved with including carrying water for chemical spraying or being present on the farm during or after spraying). The researchers attribute this to an increased use of fertilizers, pesticides and herbicides alongside the significant expansion of cocoa farming, a finding which urgently calls for increased awareness-raising on the dangers associated with certain agro-chemicals, how adults can apply them safely, how to protect children from exposure, and what alternative farming practices can be adopted.

Clear progress, but not enough

While the persistent high prevalence of child labour in cocoa underlines the enormity of the task ahead for organisations like ICI, as well as for our stakeholders from industry, government and civil society, the report does highlight that where action has been taken, it has resulted in positive impacts. It concludes that “when multiple interventions were implemented in a community, it led to a statistically significant reduction in the rates of child labour and hazardous child labour in cocoa production.”

A separate study by the same NORC research team, commissioned by the World Cocoa Foundation, provides in-depth data on the specific effects of industry’s interventions on child labour and suggests that hazardous child labour has been reduced by one-third in communities where company programs are in place. This supports results from our own work at ICI which show that our Child Labour Monitoring and Remediation Systems can reduce hazardous child labour by 50% amongst the child labourers they identify and that child-centred community development work can lead to overall reductions in child labour of around 20% over 3 years.

These are very meaningful successes and represent a significant step forward in terms of our understanding of the problem and how to tackle it, but, as the NORC report reveals, they have not led to the widespread decrease in child labour that the sector is aiming for. This is because these interventions have not yet been implemented at a sufficient scale. Simply put, effective, multi-stakeholder efforts have struggled to reach all children at-risk.

Scaling up what works

Currently we estimate that only 20% of the cocoa supply chain in Côte d’Ivoire and Ghana is covered by effective, industry-backed systems that prevent and remediate child labour. At ICI, we’re proud that we have inspired and driven the first phase of expansion in these efforts over the last 5 years but, implemented at this scale, it is not enough. Scaling up systems and activities that prevent and remediate child labour to cover 100% of the cocoa supply chain is now imperative if we want to have a truly sector-wide child labour reduction impact.

In order to achieve this, we’re going to need to work together in a more coordinated way across the sector. We will need to continue innovating and learning in order to identify and improve effective and scalable solutions. We will need to promote these solutions, building sector-wide alignment and driving more action and investment from all stakeholders. And we will need to build capacity in the communities, in the supply-chain and in national systems so that these solutions can be implemented. ICI’s recently-adopted 2021-2026 Strategy has been designed to catalyse this scale-up and we are greatly encouraged by the alignment we now have amongst our industry and civil society members on a collective vision for progress.

In spite of the real and persistent challenges revealed by the NORC report, we know that progress has been made and that we have a solid foundation on which to build. New human rights due diligence laws being developed and applied in many parts of the world (requiring companies to assess and address negative human rights impacts in their supply chains) will be a game-changer if they base themselves on evidence, past experience and emerging lessons on how to drive impact. But we should also be careful not to dispense with models, such as ours, that build on the power of voluntary, value-driven collaboration between individuals and entities who embrace change, not because they have to, but because they want to.

Ultimately, as the NORC report states clearly, we have a long way to go. We will only get there in partnership, uniting the forces of the private sector, governments and civil-society under a principle of shared responsibility and towards a shared vision of a cocoa supply chain where children’s rights are fully protected and where all children thrive. ICI’s multi-stakeholder partnership model is as relevant and necessary today as it was when we were established nearly 20 years ago. Now, however, armed with the knowledge of what works and what needs to be done, and with the aligned engagement of a growing number of allies, we’re primed to help the cocoa sector advance towards this ambitious but imperative goal.

For a more detailed analysis of the figures please see ICI’s Technical Summary of the NORC Report.