Encouraging women’s empowerment and diversifying their income-generating activities is the motivation behind this innovative pilot project, set up by ICI and financed by Nestlé. The creation of the project, to promote the hydroponic cultivation of tomatoes, builds on the success and enthusiasm of a number of already existing women’s village savings and loans groups (VSLAs) and brings together 120 women from Ahondo (12km from Taabo) divided into groups of 30 women.

A large 150 m2 greenhouse has been built for the project and two technicians provide training on the technique (which involves growing crops out of the soil using a precise irrigation system) over a three-month period. The women began last month, by learning how to set up a nursery with the help of the trainers. Then, a few weeks later they learnt how to transplant the tomato plants and how to set up the watering system.

The technique is carried out using around 600 buckets slightly perforated and fed through a drip system from the water tower installed on the site and drawing its source from the Bandama River, near the greenhouse. These plants will remain for two months and will allow the participants to improve and deepen their knowledge of the technique. This type of hydroponic farming uses less water and space than traditional agriculture and is designed so that the plants come to maturity quicker, thereby helping to preserve the environment in cocoa-growing areas.

N'guessan Akissi Léa, Koffi Brou Caroline (president of the women of Ahondo) and Koffi Niamké Alida are from different VSLAs and have been previously involved in Dual Nestlé (a community development activity from Nestlé). They shared with us their first impression of this innovative project and the impact it will have on their lives.

"I got involved in this activity to be able to support my husband and follow the children closely, to take care of them. I am proud to be in this programme. I am sure that thanks to this project, my children will succeed tomorrow," confided N'guessan Akissi Léa, president of Dual Nestlé and mother of five children. This same sentiment was shared by Koffi Brou Caroline, president of the Ahondo women’s group. For her, the choice of the tomato is because it is a "staple yet perishable food". The ability to generate income for the household and better support the needs of their children, explains the dedication these women are bringing to this new activity. 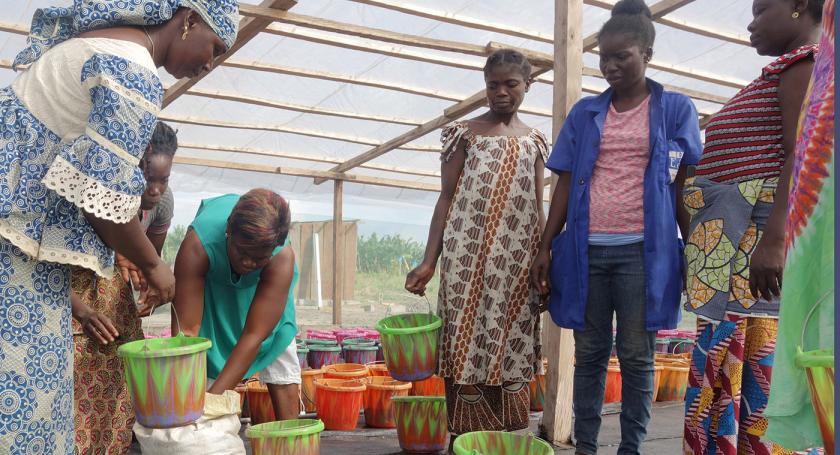 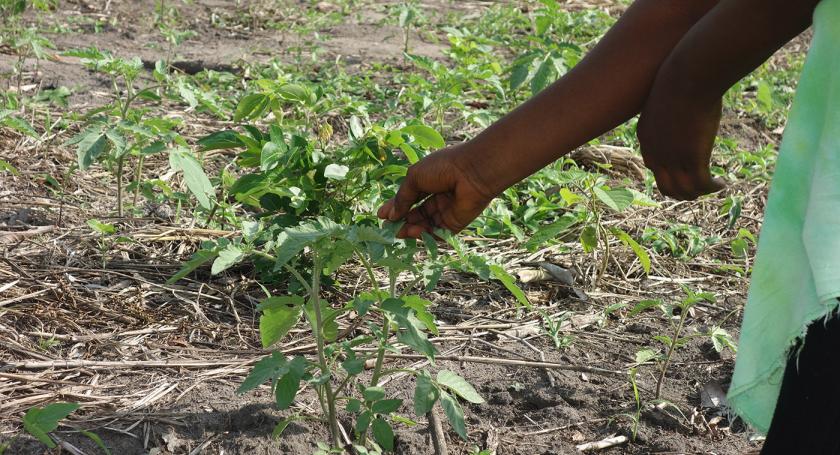 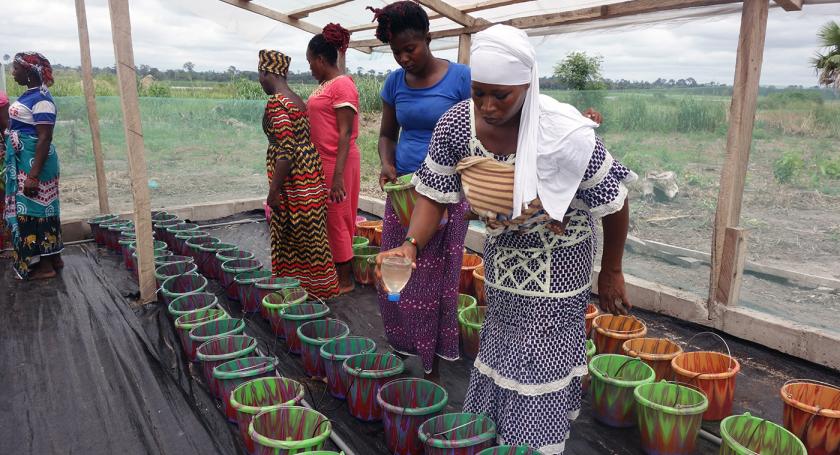 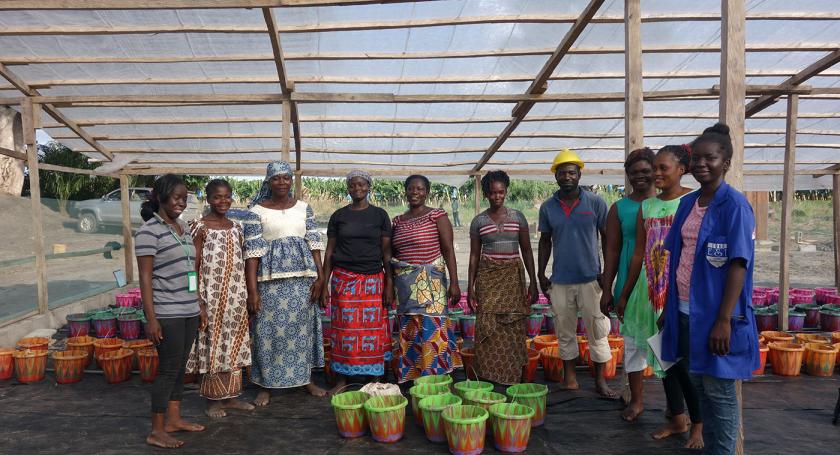 While it is true that the training focuses on the hydroponic cultivation of tomatoes, the women have decided through their own initiative to make the most of the space they have obtained by growing other products. Lettuce and okra are also being cultivated and women are able to benefit from the technical support of the project technicians for these crops too. Mr. Konan N'Guessan Vincent, in charge of the training, pointed out "the women are motivated, they want this experimental phase to succeed and for the site to be multiplied," as they are "aware that this plot of land and greenhouse is insufficient for all of them," he said.

This culture should produce around half a ton of tomatoes. The profits of their sale will allow the women, in addition to the other crops produced, to substantially increase their income. This income can either be reinvested in the expansion of the site, or used to support their families or their children’s education. "I have now learnt how to plant tomatoes. I know that this will pay in the future and help me to take care of my children", said N'guessan Akissi Léa. The women have already started lining up potential buyers. "We have already started to look for markets. We have had some customers," said Koffi Brou Caroline, who is eager to see the fruits of their efforts.

The project, which is in its pilot phase, also involves 30 women from the community of Bécédi-Brignan (Adzopé department). In the long term, the project aims to help empower women in cocoa farming communities and reduce child labour by providing additional income to support children’s education.

The effects of income changes on child labour: A review of evidence from smallholder agriculture
ICI strategy 2021-2026
Village Savings and Loans Associations: The business/income case
Get in touch